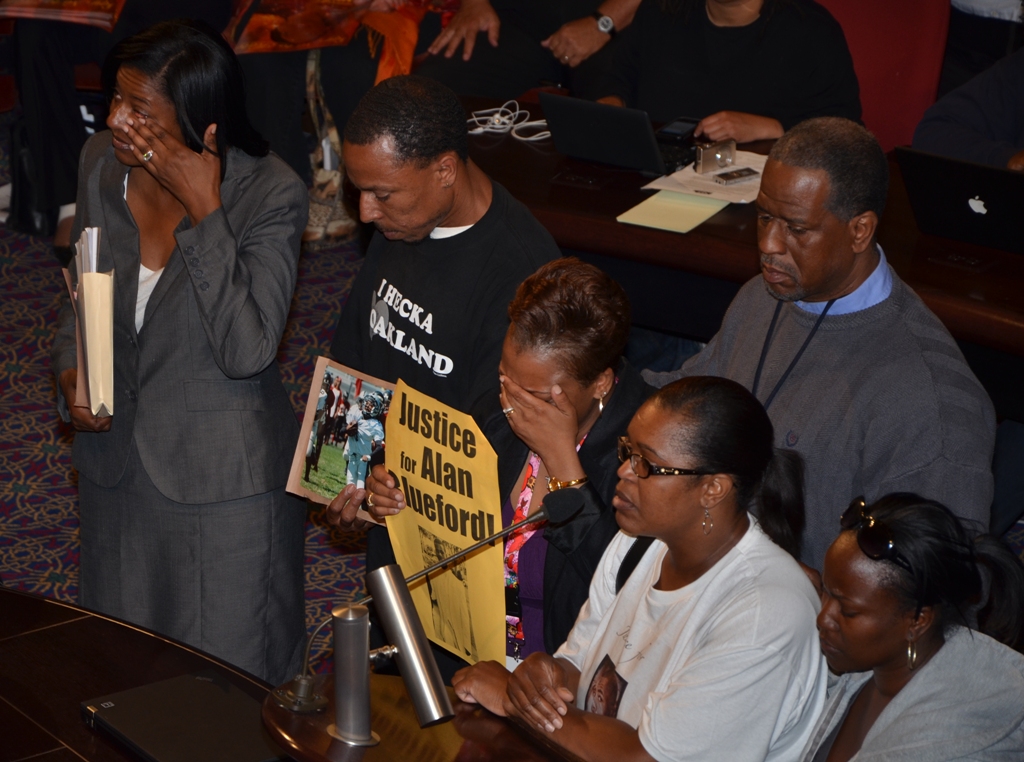 I’ve been on a slow simmer about this all day. And tonight when I got home and learned about the new meeting policy discussion, I sat down to write a pastoral letter to the city council members I respect, because I am so saddened that their first collective response to the outpouring of grief last night was to make sure that no such outpouring of grief happen again. I understand that business was left unhandled last night (including business I care about a great deal). And in a city where we have to grieve far too often for losses that are completely unnecessary, I believe we need leaders who will stand up and say “At least the people in our charge won’t contribute to the violence that is already out of control in our city.” So here is the letter I just emailed them. They are good people I believe can offer the leadership we need, so I call on them, as a pastor and as a citizen, to lead.

I write to you tonight as an Oakland pastor and as an Oakland resident. I write to you because I respect you, and those of you who know me know that I really honor your commitment to civil service to a community that needs you. I have been privileged to work with you and other religious leaders around critical issues like the Oakland Army Base project and have been grateful for your efforts to make sure all Oaklanders have better access to opportunities through that project.

In my line of work, I confront rage and hopelessness on a regular basis, so I can understand how overwhelming the wall of rage at last night’s council meeting might have been. I have had members of my church lose shelter, lose family and friends to gun violence, and lose faith. Overwhelming as that is, if my first response is not empathy, then our relationship is broken, perhaps permanently. And leadership of any sort ultimately hinges on relationship.

I am confident that each of your hearts break for the family of Alan Blueford and the devastating loss they have faced. I believe the mayor’s heart breaks and Chief Jordan’s heart breaks. I believe that love of the wellbeing of this community is what called you all into service in the first place.

My respected colleagues, we need as a city to hear that from you. Please. Don’t let your very first collective action be figuring out how not to have to hear our rage. I believe your collective will and heart is to repair something you all know is broken and is hurting our children.

On Sundays, I have to stand in front of my little congregation and teach them that they have innate worth in God’s eyes. As I look into the eyes of young Black men, I do not want to have to override the message they are receiving that their city leaders, and the institution established to serve and protect them, do not believe their lives are as valuable as a smoothly run meeting.

The work you do is critical. It is valuable. And we need you to be courageous leaders who don’t just care about us but really let us know you care about us. Collectively. Empathically. Courageously. And before you pass legislation that tells us we inconvenience you when our grief and devastation at the failure of our own institutions is overwhelming. God willing, we need you to not be overwhelmed.

Again, I am grateful for your willingness to serve. I am grateful for the several of you who did make individual statements of empathy. And it is no secret to the city that it is challenging for you to make collective actions as a body because your commitments sometimes clash. (No doubt you all read the chamber of commerce poll that the city craves deeper civility within our city leadership.) But your city needs you. We need to know our city leaders don’t want our police shooting at us, so that we can turn our attention to the shootings in our own communities.

As I mentioned, I am only a humble pastor of a small congregation. But my sense is that there are people in small congregations and synagogues and mosques and community centers with the same heavy hearts, longing for empathic and courageous leadership. Occupy Oakland doesn’t mean much to us. A young Black man dead at the hands of a police officer who tried to frame that man, that does. We need you.

With gratitude for your work for our city,