Do you see it? Do you see who shows up for the very first Christmas? 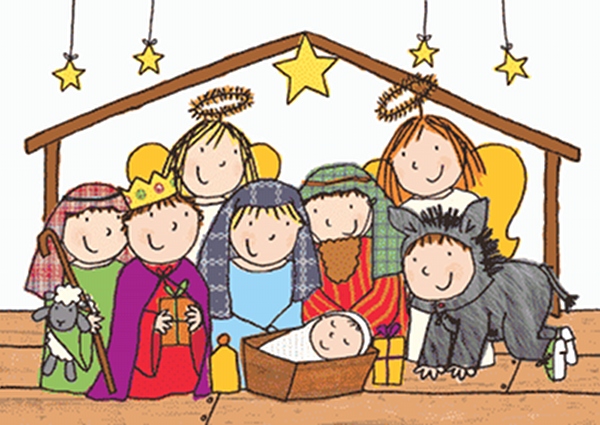 We’re so used to the image that we don’t even notice what’s crazy subersive about the melange of folks kicking it at the manger, but this is as close to Burning Man as 1st century Judea would have gotten (except markedly more diverse; trust a real live Burner of color on that one).

I mean, think about everyone who shows up and what they bring and share to that carve-out in the side of a hill (I heard tell from a pastor once that the “stable” we usually picture would actually have been more of a cave). The bible narratives suggest they would have shown up at different times–shepherds first, then the wise men. But in the nativity scenes we incorporate into our Christmas decorations and our worship (I have one with plastacine bears that my mother finds either heretical or tacky, and I’m not sure which is worse in her book), all of them hang out together, with barn animals and angels.

And in the story as we tell it in our Christmas plays and display it on our trees, the story points to poor people unable to secure lodging (a housing crisis, if temporary) because of a Census declared by the Roman Empire (for the purposes of taxation without representation – okay, okay, that’s a modern political paradigm, but I like to think I can draw in some members of the Tea Party if I point out stuff they care about that progressives care about, too). It points to royalty from afar celebrating what royalty close by only fears. And of particular interest to me today, the manger scene as we share it every year points to community. Not just community, but Beloved Community. Royalty (who are immigrants and who help a local family pursue refugee status to save the life of their infant child under threat of death on the homefront) rub shoulders with poor shepherds caked with the dust and dirt of the fields, hanging out with a teenage mother who got pregnant before getting married and her carpenter husband who is not the biological father by anyone’s standards. (There’s debate as to whether carpentry was a poor craft or a fairly comfortable profession, although it was decidedly not a 1% gig.) Angels of the Lord stand on high as cattle low appreciatively.

There are very few places in that era all of those people would have come into contact. It would take, you might say, a miracle for such cross-class cross pollination to occur.

Today, the same is true: there are very few places all of those people might come into contact. It would take a miracle for such cross-class cross pollination to occur.

One of the few places in America it stands a chance of happening is the church, although as people become denominationally less loyal and geographically more segregated, the odds are decreasing. But the first time I had real relationship with a homeless person–where we knew each other’s names and family and shared meals together–was through the church. And the first time I had real relationship with a person who owned more than one home was in the same place. It’s where I got to be mentored and shaped by someone who had been to Woodstock and someone who had been a part of the Promise Keepers. And it’s the first place I got to have fraught, complicated and sometimes painful conversations about racism without people leaving the table, because we knew that no matter how hard the conversation, we were still brothers and sisters.

We don’t talk about diverse community where hard conversations happen as a part of the Christmas story, but I bet you dollars to donuts that when the magi told Mary about the plot on her son’s life, it was the first time Mary had a serious conversation with high-ranking political leaders (and probably her first conversation with foreigners, possibly barring an encounter with a Roman guard at some point).

And if your church doesn’t create that experience, you might be going to the wrong church. As Anne Lamott once pointed out, we know we have created God in our own image when He hates all the same people we do.

And so, to carry the spirit of Christmas in our hearts, I want to share a few contemporary nativities that try to remind us of the initial dissonance we should feel upon witnessing the nativity scene, and the inspiration we should be drawing from it in this season. (The last one is done by a personal friend of mine, so don’t miss it.) 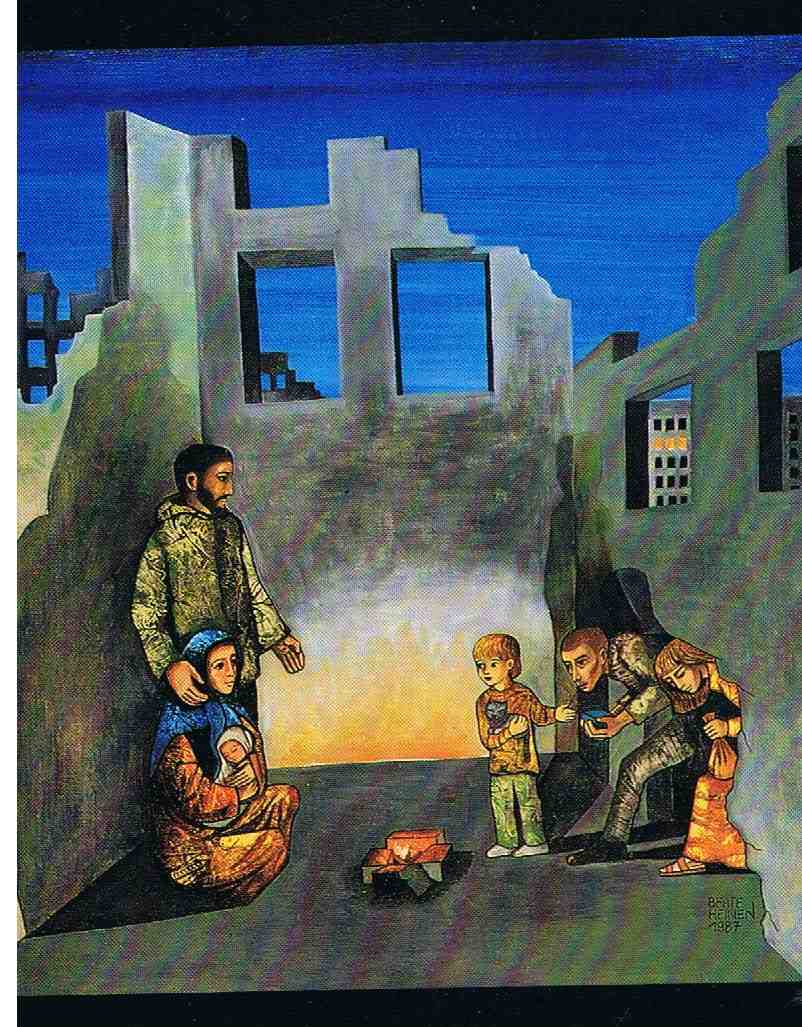 This nativity was designed as a prayer for single mothers. Read more here.

A nativity to honor the lives of refugees.

Nativity in Claremont, CA in 2013 honoring Trayvon Martin. The same artist’s work in 2011 featured a gay couple and was defaced. For more, read this.

This is part of Sandhya’s twelve-part series on the values of Christmas, which actually spans the twelve days of 12/25 to 1/6 each year (although commercialism usually has us so burned out on Christmas by 12/25 that we pack it up in boxes on 12/26). If you would like to become a patron of the arts by supporting Sandhya’s writing, you can do so by visiting http://www.patreon.com/sandhya. She would be honored by your support.