Sandhya Jha > Blog > missional ministry > congregational transformation > The liberal church and the front lines–where are we?

The liberal church and the front lines–where are we?

Duck Dynasty, the Nation of Islam and the failure of liberal Christianity 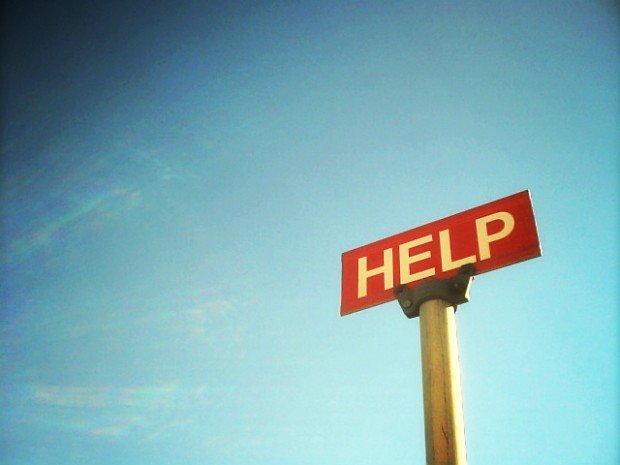 A good evangelical friend of mine predicted that I would fail at growing First Christian Church of Oakland not long after I started pastoring there.

I told her about what kind people were there, and about their racial diversity and their openness to all people and their belief in a God of great compassion. “Well, good luck to you,” my friend said not unkindly. “I’m not sure how you’re going to grow a church like that.”

Now, I had just described about the only faith community I could be with, so somewhat defensively I asked what she meant.

“I genuinely feel sorry for you,” she explained patiently. “Our task as evangelicals is really clear. We go out and invite people into church because we love God’s children and we believe that they will face hell forever if we don’t help them get saved. That’s a lot for us to be responsible for if we don’t do our job. You all don’t believe that. So what incentive do you have to bring people into the church?”

I have an answer for that now. I might have had an answer for it then, too. But I’ve been thinking about her point a lot since then.

I (mostly) stayed out of the Duck Dynasty controversy a couple of weeks ago. But I did read an op-ed that (while completely wrong in its analysis of Jeremiah Wright) suggested a reason we should have compassion for Phil Robertson’s conservative theology because his religion came to him most powerfully in the midst of serious addiction and he had a deep salvation moment.

I don’t know about you, but I have more than a few friends in recovery who LOVE that they’re in churches that are open and tolerant and inclusive. In fact, one of the most famous in-recovery Christians in America is Anne Lamott, who loves her little interracial, open to gays and lesbians Presbyterian Church north of San Francisco like nobody’s business. But in my friends’ case, just like in Anne Lamott’s, they found a church that worked for them. The progressive church didn’t come looking for them. In most cases, the people really showing up in the midst of addiction (if anyone does) on the front lines are very theologically conservative, and they want to save the lives and souls of people trapped by addiction. (In fact, a good friend of mine was the one perky little White girl at a Missionary Baptist church in deep East Oakland as she got clean before she moved to a much more liberal church. She and I still talk about how while we love the theology of the churches where we worship and the cross section of people, we miss the music and the open celebration of Jesus that we find at more conservative churches.)

Bear with an apparent tangent for a minute: I recently learned that the Honorable Louis Farrakhan is getting the membership of the Nation of Islam into dianetics and “clearing” and encouraging White people to get into Scientology to avoid being “devil Christians” or “Satan Jews.” I mentioned my concerns about this on Facebook and got several quick quips from friends about the Nation (and a lot about Scientology, which I’m just fine with).

The thing is, a good friend of mine works probably more closely than I do with young men in Oakland just out of prison or still in the streets. He works for a prominent church that does really good work in our community, and I can’t remember how the Nation came up, but we were both quick to agree that the Nation does amazing work at giving young men in prison something meaningful to hold onto, and they stand with them upon their release. I have plenty of liberal friends who shake their heads in disbelief when they meet formerly incarcerated people with militant opposition to homosexuality. “How can they judge like that when they were judged so harshly by society?” my friends wonder, not asking who showed up for the people in jail and introduced them to Jesus in the first place.

My favorite book of the Bible is the book of James. It’s the activist’s book, and the ethicist’s book. It’s also the book that most clearly reiterates Jesus’ message that at the day of judgment he’s going to recognize the people who clothed and fed and healed and visited him in prison. James says, and I’m paraphrasing slightly, “If you see someone who’s cold and say, ‘Stay warm, buddy! Jesus loves you,’ you’re not being a Christian; you’re being a dick. And if you treat your neighbor who’s right there in the flesh badly, you really don’t love this God you’ve never actually met in the flesh.”

I was pretty defensive about my evangelical friend’s criticism of the liberal church all those years ago. But I think she was actually getting at an issue we don’t take seriously enough; we’re in decline, particularly with poor folks and folks on the most serious margins of society, and I’m pretty sure it’s our fault. We believe the right stuff, and we usually take a lot of pride in that. But the people I meet most frequently on the front lines—actually at the AA meetings and not just providing classroom space for them, actually at the prisons and not just praying for an end to the prison-industrial complex, it’s not very often our folks (and when it is, we’re rarely vocal about how our God of Love for all is what brings us there, and that this God of Love for all can lead them to a more meaningful, hope-filled, stable and fulfilling life).

Something I find incredibly moving about the liberal church is when someone stumbles in our doors, we bend over to include them and honor their dignity and foster them into leadership. I’ve seen it with recovering addicts and homeless people and formerly incarcerated people. I’ve seen it with LGBTQ people incredibly wounded by church. But they have to find us first.

I’m not ready to unpack the role that class plays in religious communities right now. I will note that the history of the Pentecostal and Evangelical churches and the Nation of Islam emerged among poor people who might not be as prone to unconsciously adopting middle-class filters or a “politics of respectability” that would make them on a subconscious level reluctant to reach out to people from a different class experience. Someone smarter or braver than me might want to look at that particular issue, but I do want to acknowledge that it probably plays a role in this conversation that we don’t talk about very much.

Obviously I can think of exceptions to the gross generalizations I made above. I can think of liberal churches with strong ministries to nurture people in prison and help them when they get out. I know a PHENOMENAL church doing recovery ministry that includes recovery from the dominant paradigm and heterosexism alongside recovery from meth and crack and alcohol. And I know plenty of evangelical churches that don’t show up on the front lines.

But the question my friend posed to me is one I want to reframe and ask my own people—the “love wins” universalist Christians who don’t think people go to hell for not believing in Jesus:

And if so, why aren’t we showing up on the front lines?