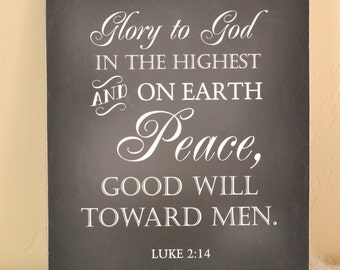 I am sad about the Christmas tree in Jack London Square.

I have taken my niece to see it newly lit.

I have wandered the pop-up shops and wished I could afford to shop at them.

I have basked in the joy of Christmas that I’m lucky enough to experience because my family is whole and loving and enjoys being together.

And maybe I’ve been a bad ally, because I’ve really enjoyed having a few days where I only had to work a few hours a day and otherwise enjoy Christmas music and turkey and cake with my parents who are still mostly healthy and still very much with me.

If you’re not from Oakland, you may have missed the news.

On Christmas night, a “No Time Off” march was organized, designed to keep Oakland police on the job. (“If we don’t get no justice, you don’t get no peace” is a common chant at marches that captures the idea behind this strategy.) The march included people who have lost family members to police brutality in San Francisco. According to news reports, a small group of protesters broke off and smashed windows of a Subway and BevMo, threw a wine bottle at a journalist (what?) and tore decorations and lights off of the city’s Christmas tree. Mayor-elect Schaaf has loudly decried the “anarchists” to much applause (from a mixture of regular Oalkanders tired of their city getting messed up and from the get-tough-we-need-a-strong-mayor types).

The gospel of Luke tells us that on Christmas night the angels proclaimed to those lowly shepherds, “Glory to God in the highest and on earth peace, good will toward all!” The arrival of Jesus was to create peace in the midst of the low-grade constantly present violence of the Roman empire.

It’s not the first time the Bible talks about peace. One of the most resonant (and damning) scriptures is from the Hebrew Bible, from the book of the prophet Jeremiah. At this point, Israel is riding high – at least the Israelites who are on top. And here is what God says to those well-off and comfortable people through the young prophet:

People who oppose the protests sometimes hone in on the property destruction that happens. Sometimes we talk about “anarchists” (I’m learning anarchism is a much bigger tent than just people who break things for no clear reason and oppose all government, like libertarians with spray paint and masks, but in Oakland, “anarchist” is code for “people who break plate glass windows and wear masks”). Sometimes we (I) talk about “anarchist tourists,” white kids from the suburbs piggybacking on the justified outrage of Black youth to mess things up before returning to their pretty homes in Walnut Creek and Lafayette. And there have been legitimate critiques of the usurping of protests that should center on Black outrage by “protest gentrifiers” usurping protests that should have focused on Black outrage expressed radically but nonviolently, although I know Black anarchists who believe in property destruction as a way of highlighting the corporatocracy that is functionally enslaving Black communities, as well as Black anarchists who believe in disciplined, militant actions in keeping with the legacy of the Black Panthers (who practiced self-defense and public displays of Black power without random acts of either violence to people or damage to property).

I think the most effective protests so far have been nonviolent and disruptive and creative and they have brought attention to issues that matter. They have also been Black-led, sometimes with solidarity from White people and other people of color, and sometimes not. And I know people who have complained just as loudly about these strategic acts of nonviolent disobedience as about the window smashing. I think that sometimes we confuse discomfort with violence, and we find lots of ways to justify why people shouldn’t make us uncomfortable.

That passage from Jeremiah reminds us that God does not want us to be comfortable when people are suffering.

And the same baby Jesus who causes the angels to proclaim “Peace on earth! Goodwill to all!” grows up to be the man Jesus who announces, “I have come not to bring peace but a sword!” I interpret that metaphorically, lining up with the message of Jeremiah that we do not have the right to remain comfortable. At its most GENEROUS interpretation, Jesus is telling us to stop being comfortable.

I will always oppose property destruction because I think it rarely factors in the impacts on the people most directly affected by it (I think about my friend Terry visiting the paint store in Temescal the night after a major protest along Telegraph avenue in early December and seeing a Black man on his hands and knees scrubbing paint off the floor from the people who ransacked the store).

And I will much more strongly oppose actual violence (which I believe is violence to people’s bodies and lives rather than their windows, although I do know the psychic damage of my car and my living space being violated by strangers, and that is a real thing, particularly when the space that is damaged is made up of the dreams of a small business owner or in my case a pastor).

If I didn’t believe in nonviolence as a spiritual necessity already because of the damage that destruction and violence do to our souls and spirits, Erica Chenoweth would have convinced me of it as a strategic necessity, at the very least because permitting violence and/or property destruction limits who can and will participate in the movement. (I was particularly struck by this because I knew that supporters of the Oakland Peace Center would want to participate in protests of police brutality, but they also relied on us to direct them to the types of gatherings that would allow families of color to grieve. It was a tricky balance to strike, and I accidentally almost got caught up in an event that did not fully honor the voices of those who have lost family to police brutality and the endemic racism of our criminal justice system.)

That said, I think we are spending most of our energy being angry about the wrong thing. And Christmas actually helps us look at what peace means in a completely fresh way every year, if we choose to.

For generations, with only the occasional disruption, some people have lived in relative comfort. We have lived with the ability to trust that the police are there to protect us. We have lived with the sense that our lives and property are not threatened by our own government. And we have generally been able to ignore how our comfort is conditional on other people having no such protections, no such sense of safety or comfort.

For generations in this country, we have treated the wounds of God’s people carelessly, saying “peace! peace!” when there is no peace. That is, we have not risen up, by and large, against lynching or Jim Crow or the prison industrial complex or wage inequity or police brutality or stop and frisk or any number of things that have functioned around us theoretically keeping us safe but in reality preserving power for some people at the expense of others.

I wonder if the prominent Israelites to whom Jeremiah prophesied felt resentful about losing their wealth. I wonder if they blamed the poor Israelites and the conquering foreigners. Jeremiah basically warned them that unequal distribution of wealth and the mistreatment of the poor would be their downfall. When they fell, did they recognize their role?

Jesus brought a similar message. Even from the womb.

Will we listen? Or will we blame the prophets?

When we see this image, will we focus on the flames, or what led to the flames?