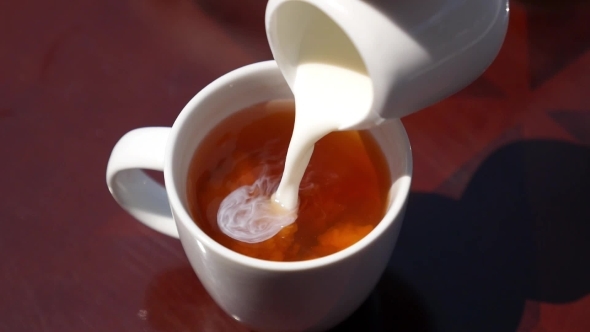 My intern and I both like milk in our tea.

Neither of us has a ton of extra cash, but every couple of weeks one of us goes to the discount grocery and buys a pint of milk so we get the little special treat of tea with milk as we work together. We pack our own lunches and take the free shuttle to and from work whenever we can, but we have tea…and sometimes even cookies to go with them.

I’m in the midst of doing my taxes. My income puts me at about 2/3 of the average median income for the city I live in, or 65% of AMI. That means I struggle most months to pay all my bills, even with all the side hustles I have going on. Even so, I owe about the same amount in taxes that a person earning SSI earns in a year. Obviously in one way this troubles me because my side work is mostly contract work, which means my taxes don’t get deducted each month and then I owe more money than I realized I had earned each April…somewhere around $9,000. But what’s more shocking, obviously, is that some of the people I work with are trying to find a way to live in the most expensive corner of the country on $9,000 a year.

I bring up milk in my tea because I interned for a summer at an HIV/STD clinic in Kolkata run by an organization then called Calcutta Samaritans (now called Emmanuel Ministries). Throughout most (although not all) of India, the tea you get on the side of the road is milk, water, tea and sugar all boiled together. It’s thick and sweet and almost condensed. My mother had to tell herself it was some exotic drink in no way related to tea in order to get it down on most visits.

But at Calcutta Samaritans, we always got “lal cha,” or red tea. It was sweet and often had lime squeezed into it. I thought of it as a signature drink of sorts, that set them apart.

Then I found out that the staff, some of whom were there out of commitment to the mission and some of whom had been brought up in the organization through the pavement children’s programs and mentored into staff positions from their childhoods on the streets, sometimes went without pay for a couple of months at a time. All the money was going into the addiction program, the red light district program, the health clinic and street children’s outreach, and staff salaries would sometimes suffer rather than cut programming.

And they saved money by not buying milk for tea.

Times are hard for all of us. The reason people are gravitating towards terrifying, xenophobic leaders is that they see no hope of their lives getting better.

But I have milk for my tea. I remember that and am grateful. And it reminds me of my obligations to those trying to live on what I owe in taxes and to those who can’t afford milk for tea, or tea at all.